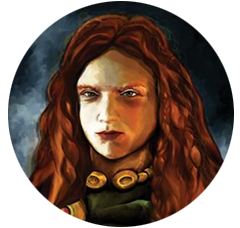 She puts the “Woa” into “woman.” This British Celtic Warrior Queen led a revolt against the Roman occupation of Britain. To revenge the rape of the girls of her tribe (including her own daughter) she led 100,000 pissed off Celts to the city of Camulodunum (now Colchester) where they kicked some Roman ass.

Before the battle where she was killed graveyard dead, she said,
“If you weigh well the strengths of our armies you will see that in this battle we must conquer or die. This is a woman’s resolve. As for the men, they may live or be slaves. I am not fighting for my kingdom and wealth now. I am fighting as an ordinary person for my lost freedom, my bruised body, and my outraged daughters.”