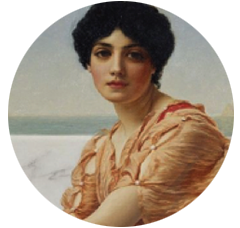 Archaic Greek poet from the island of Lesbos-  In ancient times, Sappho was widely regarded as one of the greatest lyric poets. Sappho was a prolific poet, probably composing around 10,000 lines. Her poetry was well-known and greatly admired through much of antiquity, and she was among the canon of nine lyric poets most highly esteemed by scholars of Hellenistic Alexandria. Sappho’s poetry is still considered extraordinary and her works continue to influence other writers. Beyond her poetry, she is well known as a symbol of love and desire between women, with the English words Sapphic and lesbian being derived from her own name and the name of her home island respectively.